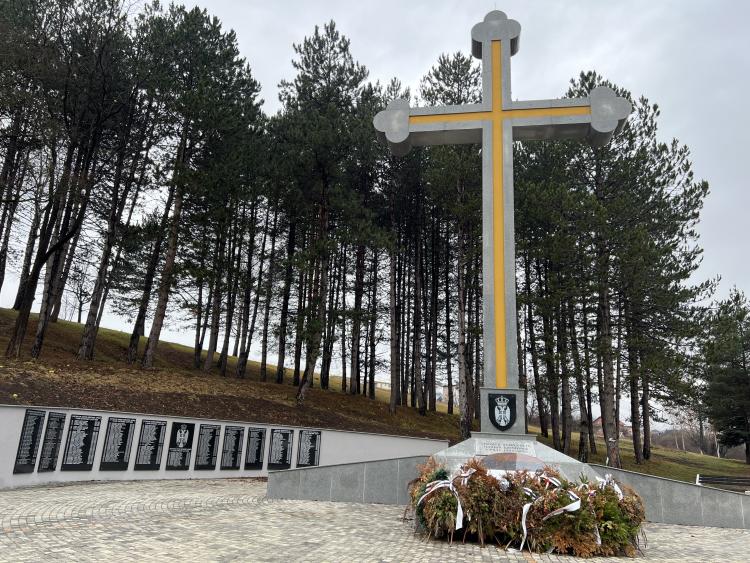 Instead of slightly more than 152,000 marks, which was planned for the construction of the monument to the fallen soldiers of the last war in Drvar, the total value of the work with the arrangement of the memorial area in four years sucked up a significantly bigger amount of public funds.

Suspicious public procurement procedures, characterized by frequent changes to tender conditions that are adjusted to favoured bidders, call into question the entire project and clearly point to unjustified waste of public funds in the municipality, whose residents face a number of unsolved problems.

In the midst of the pre-election campaign for the general elections in Bosnia and Herzegovina, the monument was ceremonially unveiled in the presence of officials from Republika Srpska and Serbia.

The ceremony was held on September 12 this year - four years after the contractor was awarded the contract, which stipulated a deadline of 60 days for the completion of the works.

The offer of the company "CO VA-MA" based in Drvar, which was also the only received offer for the tender announced by the municipality of Drvar, amounted to 163,179.36 marks, of course without VAT. The estimated value of the works was 152,136.75 marks. 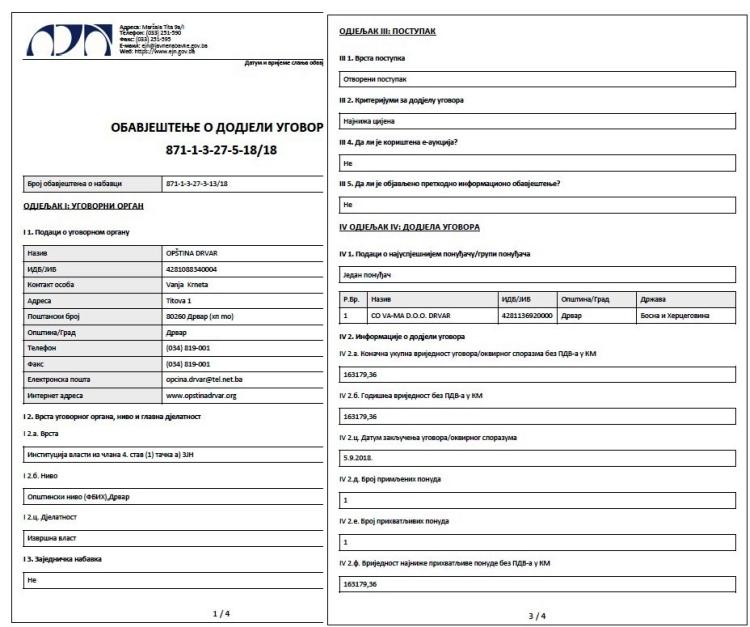 The construction of the Memorial to the Fallen Fighters 1992-1995 and the arrangement of the Memorial Park in Titova bb Street in Drvar are specified as the subject of procurement in the tender documentation. It was just the beginning of the business arrangements around the memorial complex, which will fill the pockets of the contractors through the real acrobatics of public procurement.

The tender is here to adapt

Two years later, in September 2020, the municipal authorities will remember that the park also needs lighting.

The total value of the works was estimated at 119,000 marks without VAT, and two bidders responded to the tender this time. However, only one of them made an acceptable offer. The job was thus awarded to the company "MIG Elektro" from Mrkonjić-Grad, whose offer amounted to 116,483 marks.

The company from Mrkonjić-Grad got the lucrative job after as many as three changes to the procurement notice and drastic changes to the original conditions from the tender documentation.

Thus, on November 9, a new correction to the procurement notice was published, which refers to changes in the conditions prescribed by the tender. 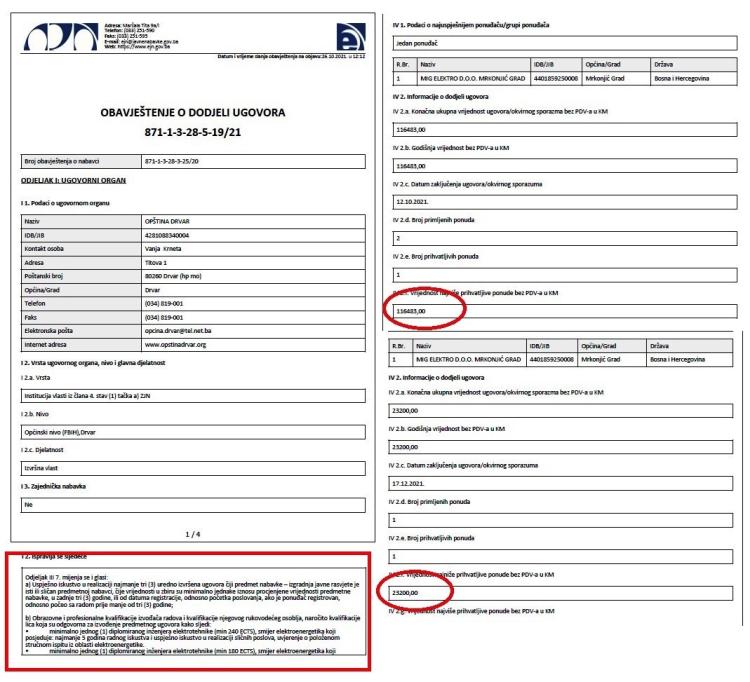 The items that prescribe the technical and professional ability, that the bidder would have to have in order to fulfil the conditions for participating in the tender, have been changed.

Originally, as one of the conditions in the tender, it was stated that the contractor must employ at least one graduate electrical engineer, majoring in electrical engineering, with at least 10 years of experience in similar jobs. He would also have to have a certificate of passing the professional exam, as well as the appropriate licenses for performing the planned works.

As a condition for participating in this public procurement, the potential contractor would have to have another engineer in the same field, but with five years of experience.

Changes to the tender documentation have significantly changed these criteria. Engineers no longer needed the previously required licenses. It is not required that one has 10 and the other at least five years of experience. According to the amended conditions, it was enough for the contractor to employ one electrical engineer with five and another with two years of experience.

Other corrections to the notice on public procurement related to the postponement of the deadlines for submitting bids.

Obviously, the bidder no longer had any reason to complain about the tender conditions, because they finally got a form that looks like it was designed just for them.

Given that the lowest bid price was used as the criterion for awarding the contract, there was no dilemma. 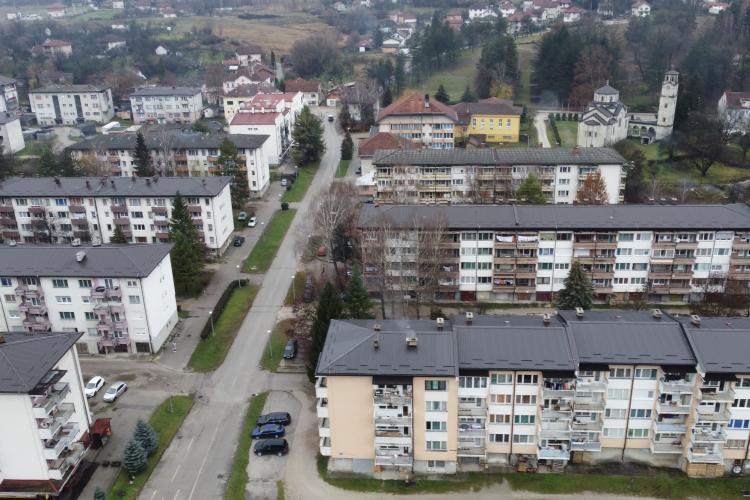 The public procurement contract was awarded only on October 12, 2021.

Although due to numerous corrections, the award of the contract was delayed for more than a year, "MIG Elektro" was not at a loss.

Already on December 17 last year, the municipality of Drvar awarded another contract to this company - additional works on the reconstruction of public lighting. This time the job was worth 23,200 KM.

Without an agreement, there is no work

In the meantime, other supporting works were carried out around the Drvarska monument to the fallen fighters.

Thus, on August 25, 2021, the municipality of Drvar concluded a contract with the company "Roco Commerce" from Livna on the public procurement of works on the access path and retaining wall worth 75,000 marks.

In addition to the company from Livno, two other bidders applied for the tender.

The lowest price of the offer was used as a criterion for choosing the most favourable offer in this case as well.

Given that the estimated total value of the works was 100,000 marks, it sounds incredible that the company from Livno submitted an offer of 35,000 marks cheaper.

Due to such a reduced price, it could be said that it is an "offer that cannot be refused".

However, everything points to the fact that this is a well-known way of manipulating the lowest bid price, which is very common in the public procurement system.

What "Roco Commerce" lost on the tracks, it gained in other jobs assigned to it by the municipality of Drvar.

Slobodan Golubović, editor of the "Pratimo tendere" portal, notes that in the case when the price is unnaturally low, the contracting authority is obliged by law to ask the bidder for evidence that the price is justified.

"On the other hand, the question is what did that contracting authority do, how did it evaluate the procurement, when there is such a difference between the estimated value and the ultimately awarded work. It creates the impression that the procedure is completely transparent, that everything is in order as far as the procedure is concerned, because there is competition. However, it very often happens that bidders agree to fictitiously participate in order to create that illusion", says Golubović.

In such situations, the agreement is such that one bidder lowers the price and thus ensures a secure job.

If there is no agreement, then it would be logical to expect other participants to complain about the public procurement procedure.

However, in this case, there were no appeals.

"Rocco Commerce" already got a new job in mid-September.

On September 16, 2021, the mayor of the municipality, Dušica Runić, signed the decision on the selection of the most favourable bidder for the reconstruction of the sewage network from Titova Street to the settlement of Vrbovac in a length of 260 meters. 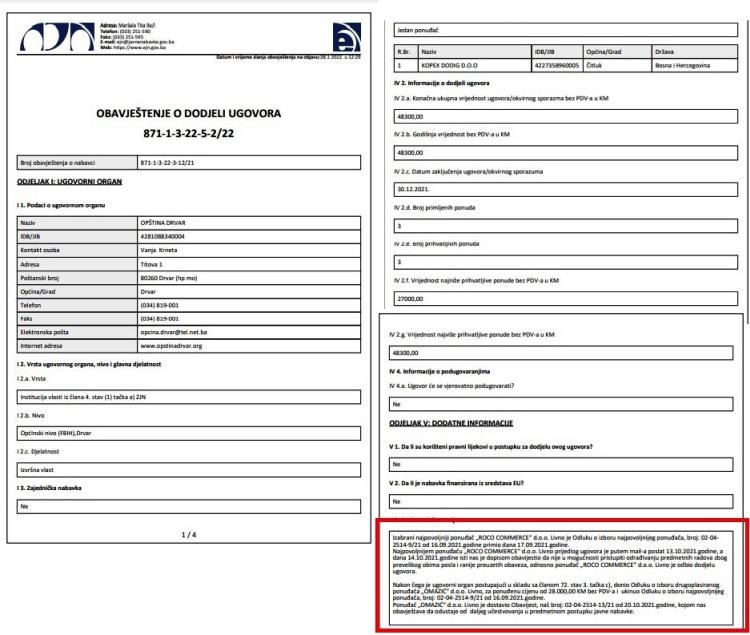 The following procedure is very similar to the previous one: Although the value of the works was estimated at 50 thousand marks without VAT, the Livonian company gave the lowest offer of only 27,000 marks.

The unnaturally low price compared to the estimated value of the works gave the advantage again to the company from Livno. However, the real plot follows: Due to "previously assumed obligations", the first-placed bidder informs the municipality that he is giving up the job. Right after him, the company "Omazić" also quit the job, without a precise explanation.

After such a trade, the job was awarded to the company "Kopex Dodig" for 48,300 marks.

This is also the best illustration of how the municipality of Drvar disposes of public money, and the question arises, could the aforementioned work really have been done for a lower price of about 20 thousand marks, or did the contracting authority yet again make such a mistake in estimating the total value of the work? In any case, participants in public procurement in Drvar have reason to be satisfied, because in Drvar an agreement is apparently easy to reach, and the prices when paid with public funds seem to be a "real trifle". 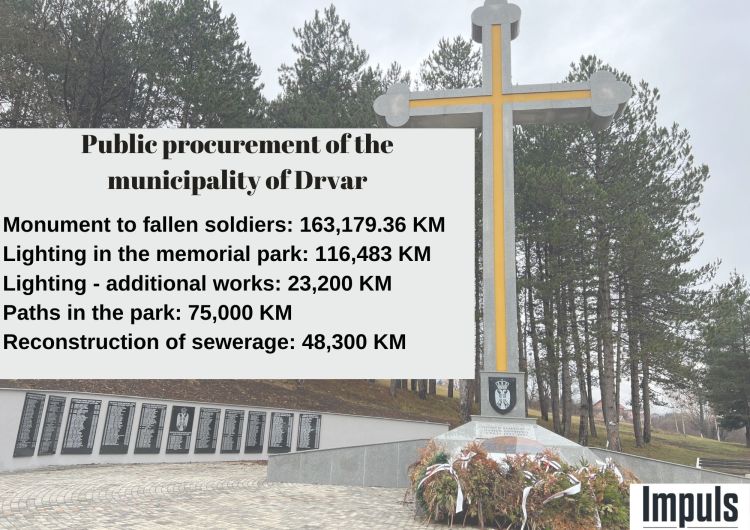