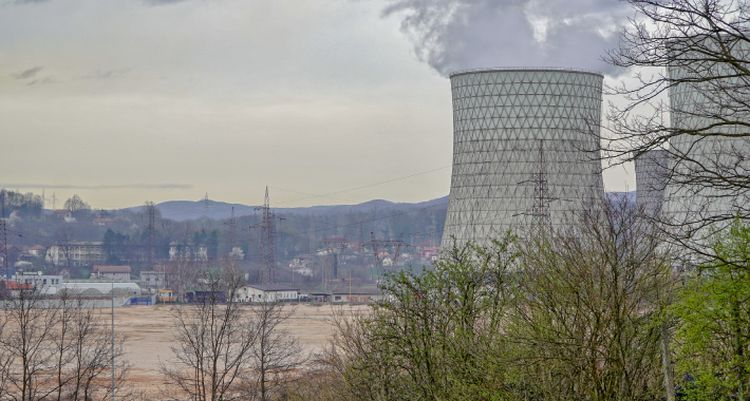 The EPBiH wants to realize the contract with the Chinese investors even though everything has already failed a long time ago: the American subcontractor withdrew, the Government of the FBiH is demanding the termination of the contract, while XI Jinping declares that China will not build thermal power plants

In mid-December 2022, as Fokus.ba learns, the Supervisory Board of Elektroprivreda BiH adopted the Business Plan of this state-owned enterprise for the period 2023-2025 in which, no joke, it is stated that the implementation of the Block 7 construction project in Tuzla should be continued, according to the contract signed with Chinese investors?!

Despite a series of facts from the past months and years that indicate that this project has failed, despite the announcement by Chinese President XI Jinping that China will no longer build coal-fired thermal power plants abroad and that it is turning to green energy, in the adopted Business Plan of Elektroprivreda BiH for the period 2023 -2025 it says, literally, the following:

To clarify, the contractors or investors are the Chinese companies Gezhouba Group and Guandong Electrical Power Design Institute, and the subcontractor who was supposed to deliver the equipment (boiler and steam turbine generator) was American General Electric, which withdrew from the project at the end of 2020, precisely because of US policies towards China and China’s malign influence. 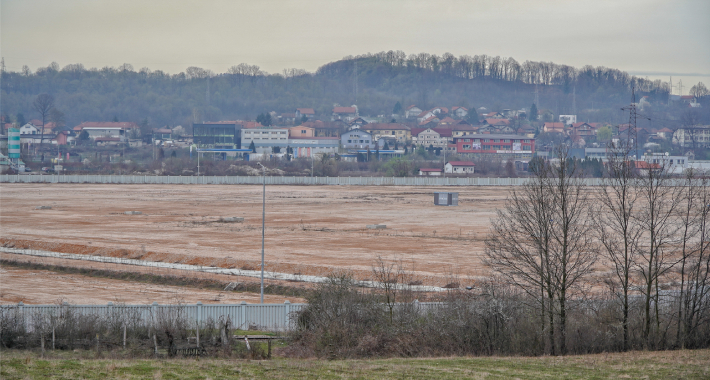 In the meantime, the Chinese investors, who do not budge from their conditions, proposed their own subcontractor. The expert team of the EPBiH themselves established that the proposed Chinese subcontractor did not meet the conditions and that his offer was unacceptable, and the FBiH Government, as the “icing on the cake”, officially rejected the Chinese offer to be a subcontractor in July of last year, so requested the termination of the contract from Elektroprivreda BiH. But instead of that happening, the ball was passed to the Parliament of the Federation of BiH, which should decide on this project.

Despite this sequence of events, Elektroprivreda BiH takes the position that the original contract should be implemented, which, at the very least, became null and void by the very exit of General Electric from this story?!

China, therefore, when it comes to this project with a total value of one and a half billion KM, and on which about 300 million KM has already been spent, and more than a year after Jinping’s appearance at the UN, it continues to dictate its conditions to the FBiH authorities and that a way to influence the further course of the largest project in Bosnia and Herzegovina.

The Chinese influence is now reflected in the way that the “captured project” Block 7 is in a dormant status, while the energy crisis does not subside and time is relentlessly running out to finally do something before the deadline of this important power block expires, otherwise a huge number of citizens will be left without heating.

Denis Žiško, an environmental activist from Aarhus Center Tuzla, tells Fokus.ba that the Slovenian consultants themselves (firms Esotech and HSE Invest Maribor), with whom a contract of 644,570 KM was concluded, said in their findings that the project should be abandoned.

– Basically, they don’t know what to do now. I believe that this contract should be terminated as soon as possible and stop lying to the people and turn to alternative sources – Žiško is of the opinion.

However, the Chinese side, that is, investors Gezhouba Group and Guandong Electrical Power Design Institute, do not budge from their conditions, and are waiting for the Federation of Bosnia and Herzegovina to do so. On the other hand, it is evident that the current FBiH authorities are running away from responsibility.

Apart from the fact that around 300 million KM have already been spent on a project that never came to fruition, the case of the “construction of Block 7 Tuzla” which the FBiH government entrusted to Chinese investors could also end up at the International Arbitration Court. Namely, the Federation of BiH could very easily face a huge lawsuit if it unilaterally terminates this contract, which Elektroprivreda BiH clearly fears. In the case of this scenario and when the construction of Block 7 Tuzla is stopped, China’s malignant (financial) influence in BiH would really come to the fore. 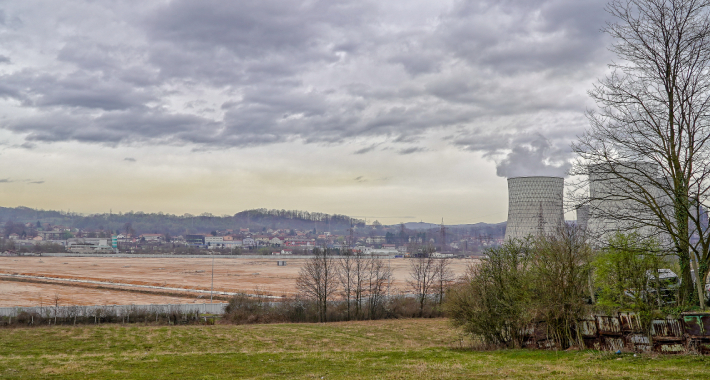 When asked by Fokus whether the Chinese side can be expected to file a lawsuit at the International Court of Arbitration if FBiH unilaterally terminates the contract, Elektroprivreda BiH stated that all major international contracts stipulate that any of the contracting parties can protect their interests through arbitration proceedings. We also asked them what will happen to the already invested funds of about 300 million KM.

– If the Contract is not implemented, JP Elektroprivreda BiH, as the injured party, will seek settlement of its claims and damages, considering that in accordance with the obligations from the EPC contract, it fulfilled all its obligations on time and within the agreed deadlines. The Chinese consortium was invited to implement the contract that was signed on August 27, 2014, with the associated annexes 1 – 13, without changing subcontractors – Elektroprivreda BiH pointed out to Fokus.ba.

Otherwise, Elektroprivreda BiH paid an advance of 214 million KM or 15 per cent of the total amount. They claim that it is in a “special account” of a Chinese bank, that they have a bank guarantee for it, and that they cannot be without that money.

The EPBiH confirmed to us that the Information on the technical evaluation of alternative suppliers of key equipment from the EPC contract for the construction of Block 7 at the TPP “Tuzla” was sent to the Parliament of the Federation of Bosnia and Herzegovina for consideration, with the proposed conclusions adopted by the Government of the FBiH.

Therefore, the Chinese continued to dictate their conditions to the FBiH authorities and thus influence the further course of the largest project in BiH, in such a way that they deviated from the tender. Economic expert Admir Čavalić tells Fokus.ba that the authorities are evidently running away from taking any responsibility for the Block 7 project. 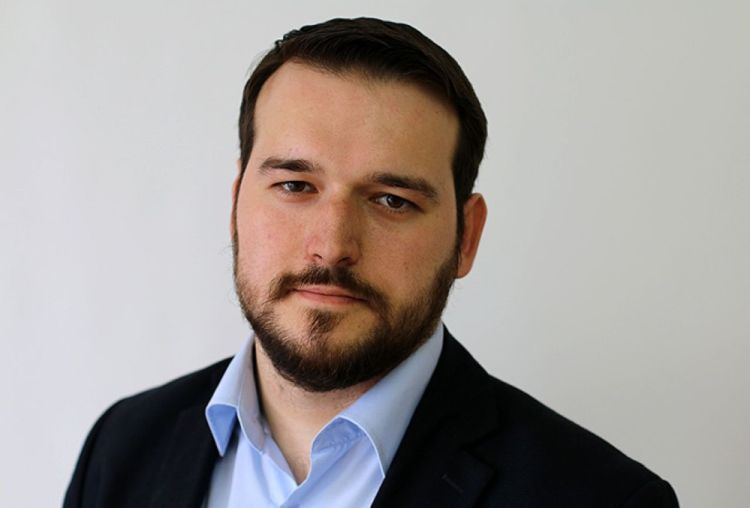 – What is evident is that nothing will come of it. On the contrary, a rather negative outcome for BiH is even possible. This will also depend on future possible arbitration. It is precisely because of the avoidance of responsibility that the entire issue is transferred to the FBiH Parliament. It is also possible that individuals knew from the beginning that the project would not succeed. Where the invested money is and who will be responsible for it remains to be seen – says Čavalić.

We asked him how to define China’s economic interest, that is, their influence in BiH when it comes to the energy sector, given the new circumstances.

– It is unclear what their interests are in terms of energy because it is evident that the projects are not succeeding. Is China really sincere in this, in the context of decarbonization and abandoning dirty energies, that is the real question – believes Čavalić.

Another aspect, in the financial sense, should not be ignored. In August, the BiH Council for State Aid officially announced a comprehensive decision declaring illegal the FBiH Government’s guarantee for the credit indebtedness of Elektroprivreda BiH to the Chinese import-export bank EXIM for the construction of Block 7 of the Tuzla Thermal Power Plant, about which Fokus wrote. 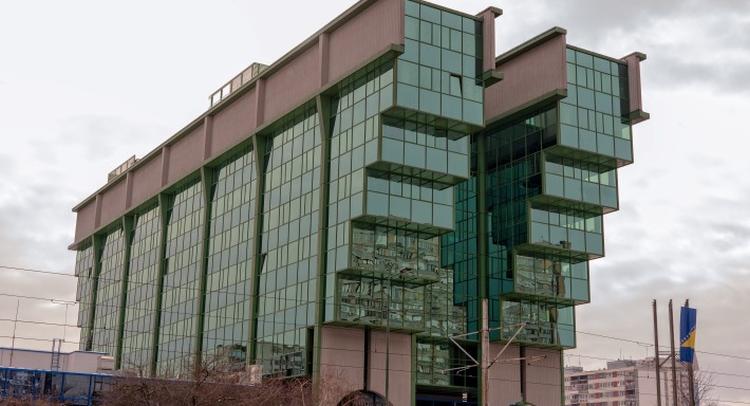 With this decision, the Federal Ministry of Finance, as the formal provider of state aid, is ordered to take measures to recover illegally granted aid from the beneficiaries of Elektroprivreda BiH.

With the decision on issuing a guarantee to the FBiH Elektroprivreda for a loan from a Chinese bank dated August 17, 2018, the FBiH Government determined that the amount of the guarantee plus interest and associated costs amounts to 613,990,000 euros! It is, therefore, about the full amount on the loan. Formally and legally, that amount must be returned with default interest, as stated by the Council. Certainly, now the question is how much of it has already been (irreversibly) used up.

The following is known so far: More than 300 million KM have already been spent, and according to official information, 92,321,326 KM were spent in preparation for the implementation of the project, as well as 214 million KM, which was paid in advance by Elektroprivreda BiH to the contractor, which is a Chinese consortium.

The former mayor of Bratunac illegally granted his son-in-law a lease of land for 20 years, criminal charges are pouring...