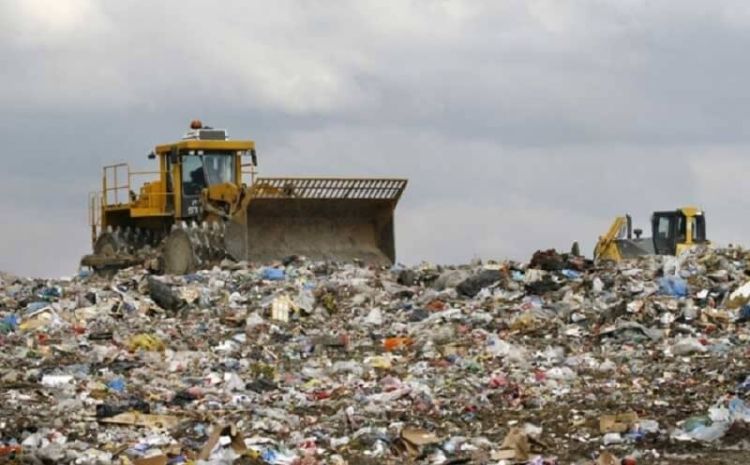 The landfill in the Banja Luka settlement Ramići is used for the disposal of municipal and non-hazardous industrial waste from the City of Banja Luka and 7 municipalities and towns in the region (Gradiška, Laktaši, Srbac, Prnjavor, Čelinac, Kotor Varoš, and Kneževo). Until July 2004 the landfill was managed by the utility company “Čistoća” a.d., and after that, the responsibility over the landfill was taken over by the P.C. “DEP-OT”.

P.C. “DEP-OT” was founded as a company in 2003 in front of the already listed municipalities and cities. In the next few articles, our portal will gradually reveal the scale of crime in this company, which, at least for now, is kept silent in public.

The first thing that is important to clarify is that the regional landfill employs people who separate waste: cardboard, plastic, precious metals, etc., which is later transported and sold to a company with which DEP-OT has signed a contract. Originally it was the company “Pet For Pet”, with which, after the dismissal of the then director Nova Grujić and the appointment of a new director Željko Savić, the cooperation was terminated. At that time, the workers who separated waste at the landfill were sent home and were expected to be rehired when the company signed a new contract on the sale of cardboard, plastic and other waste. However, the new contract that was signed with the company “Grand” was signed for only two months and when that contract also expired, the workers were sent home for the second time and to this day, at least formally, they have not been returned to their jobs. ——– This is only formal, because they are still working, but now without any contract! The explanation given to DEP-OT employees was that the waste sorting workers would work for DEP-OT and that DEP-OT would take away and sell the waste and pay the money received into the company’s account. All of this would be fine, if any money was paid to the company in the next four months! However, this was not the case, even though this entire time the separated waste intended for sale was regularly taken away.

It is very important here that, in addition to DEP-OT director Željko Savić, the former director of Nova Grujić, we also mention the head of the landfill, Marko Balaban. We will write about all of them in more detail in the continuation of the series. For now, we will mention only one interesting fact: when Novo Grujić was removed from the position of director, a new systematization was made and the position of “Assistant Director for Economic Relations” was opened, which was immediately “occupied” by no less than the previous director. To make matters worse, a brief overview of the salary coefficients of workers employed by the company shows that they range from 5-10, while for the position of assistant director for economic affairs, the coefficient is as high as 17. 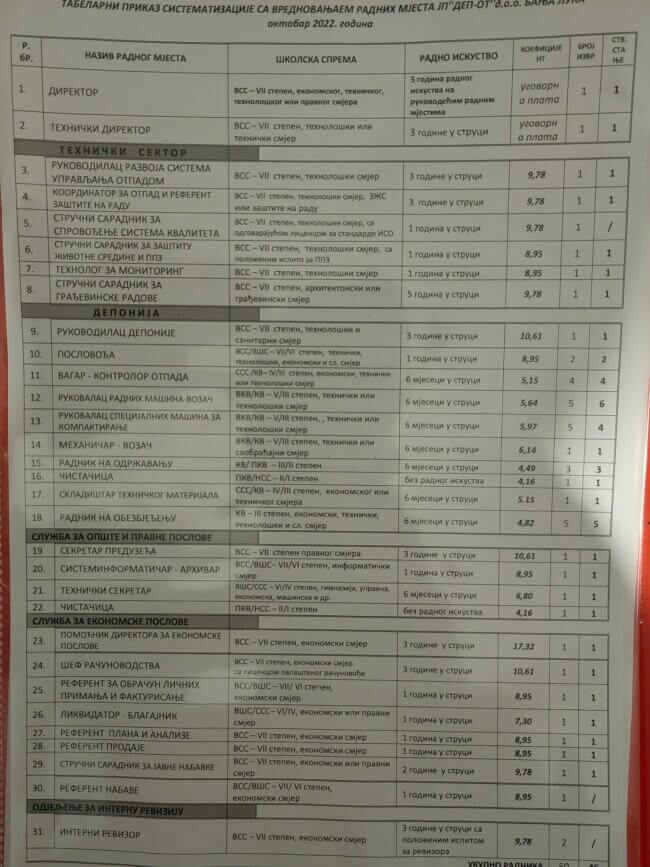 Interestingly, on the day when Željko Savić formally took over the director’s office, it was reported that several hundred litres of fuel had been stolen. Although the police intervened in the whole case, it has not been solved to this day. Fuel theft continued, and according to unofficial information from our portal, the company’s management knew about it. The theft was concealed in the papers by an unrealistic representation of the fuel consumption of the machines. New cases of theft were never reported to the police.

PrevNext
EP BIH on the Silk Road: The revitalization work of block 6 awarded to Chinese companies

There were once firefighters in Vlasenica

New forest theft in the Čemernica Forestry, while the competent institutions ignore the crime

PHANTOM THERMAL POWER PLANT: How a large Chinese-driven project failed in Banovići and was mediated by Vuk Hamović

The former mayor of Bratunac illegally granted his son-in-law a lease of land for 20 years, criminal charges are pouring...

Četvrtak, 02 Februar 2023 14:05
Forum
There were once firefighters in Vlasenica