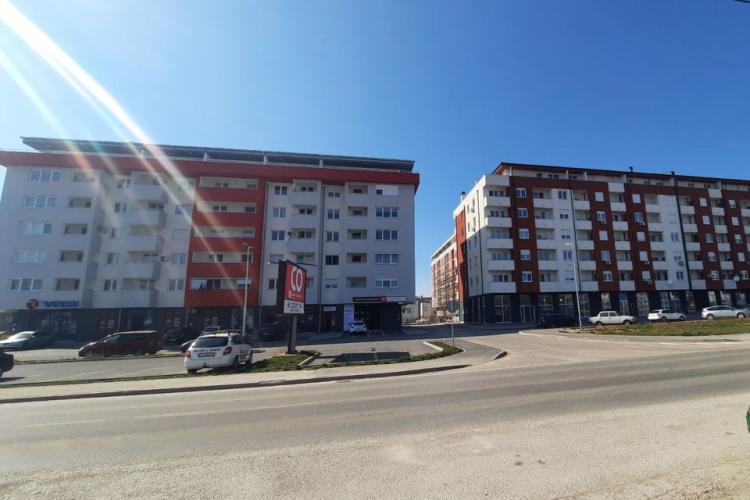 Tenants of buildings in Vojvode Radomira Putnika Street in Istočna Ilidža were left without heating in the middle of the winter season. Although they have their own boiler rooms within the buildings, and have been paying their bills to the company “Sarajevo Gas” for two years, the tenants were forced to join PUC “Toplane” Istočna Ilidža where they will pay a higher price for the same services, new connection 300 KM, but also maintenance of the boiler room, even though it is still under warranty for more two years, which includes the maintenance price.

How are apartment buyers cheated from the beginning?

The establishment of PUC “Toplane” Istočna Ilidža, whose headquarters, according to available information, is at the same address as the municipality, coincides with the construction of the mentioned residential buildings. The municipality of Istočna Ilidža conditioned the investor that he would get a permit for the construction of buildings on the mentioned location if he built boiler rooms which would be subsequently handed over to the newly formed company “Toplane” Istočna Ilidža. This is confirmed by the letter of the general manager of the company “NPL Project” Bojan Tomić.

“The gas boiler room belonging to the Association of condominium owners has been handed over for use and management to the only existing institution in the area of Istočna Ilidža, and that is PUC ‘Toplane’ IN ACCORDANCE WITH US APPROVED LOCATION CONDITIONS by the Municipality of Istočna Ilidža and BUILDING PERMIT”, it is said, among other things, in their statement. 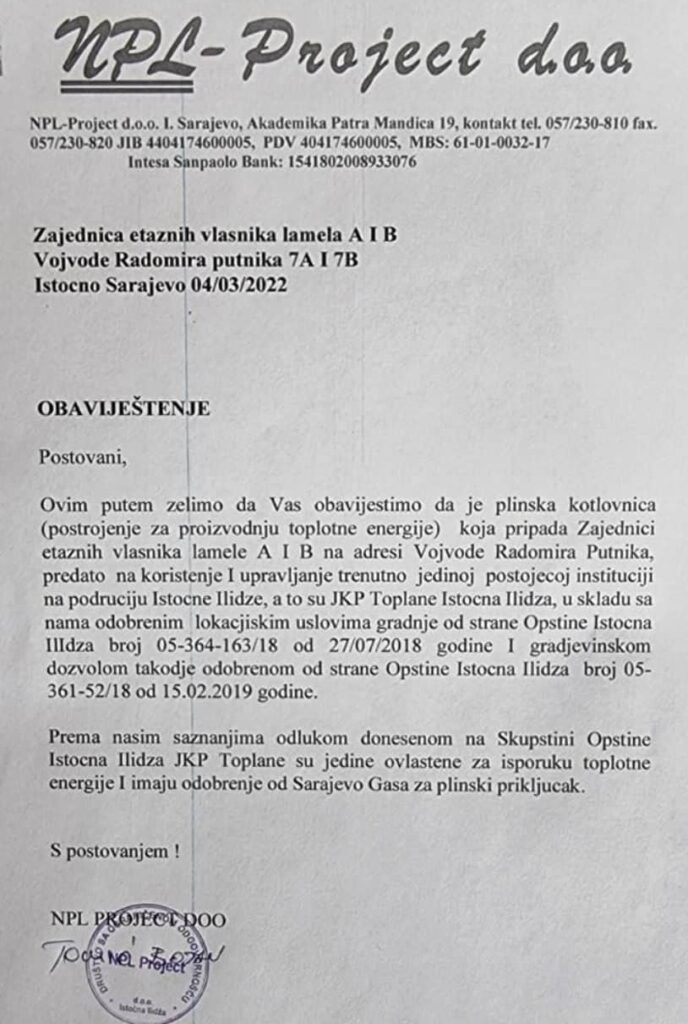 We also asked the investor, ie the company “NPL Project” why, without the consent of the tenants, they handed over the boiler room for use to another company, and many other questions, and we received an answer from the general manager Bojan Tomić that they are not compatible (competent prim.aut.) to answer our questions, because they no longer manage the boiler room.

“The fact that the boiler room is ours means nothing to us in the situation when it is connected to the gas connection from ‘Toplane’, and if contracts are not signed with them, they have the right to not deliver it to us. PUC ‘Toplane’ Istočna Ilidža are the only legal entity from this municipality that is registered for this activity. By law, we must not hire any other legal entity from another municipality to manage the boiler room if there is a PUC established to perform that activity in our municipality”, said one of the tenants after the meeting with the municipal leadership.

In order to formally and legally take over the boiler rooms owned by the tenants of the building, the leaders of the municipality, led by Mayor Marinko Božović, covered themselves with the decision of the Municipal Assembly of Istočna Ilidža, which states that PUC Toplane is the only one authorized to deliver heat.

This decision of the Municipal Assembly is in contradiction with Article 52 of the Constitution of Republika Srpska, which prohibits monopolies of any kind, lawyer Din Tešić told SPIN Info.

“The manner in which the delivery of thermal energy and gas connection is determined, not only harms the tenants of buildings in Istočna Ilidža, but also all other natural and legal persons who are forced to buy thermal energy from a monopolistic company at non-market prices”, adds Tešić.

Why are the buildings still not registered?

The purchase agreement signed by the tenants clearly states that “parts and devices that serve the building as a whole are the joint property of all owners of individual parts of buildings.” 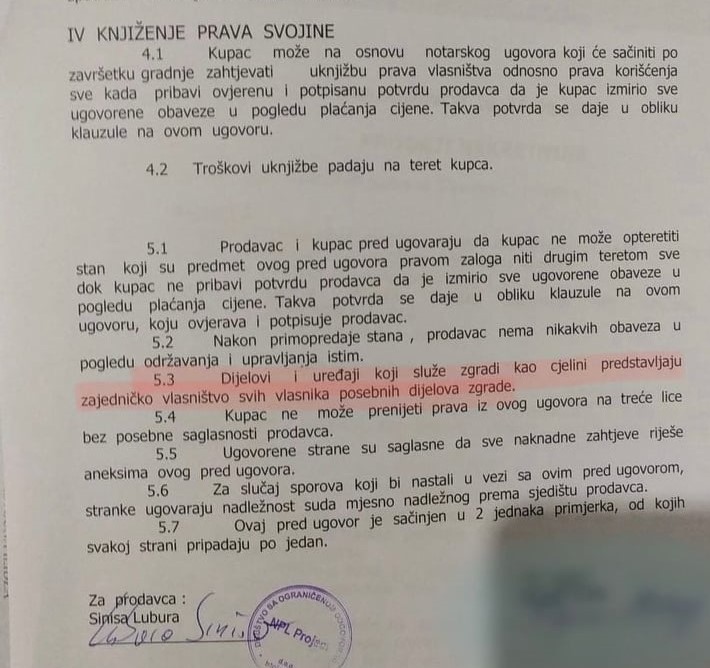 However, the problem is that these buildings, even two years after moving in, are still not registered in the land registry. The question is whether the Municipality has disabled the tenants in this way to protect their rights?

“It is unfounded and contrary to the principles of conscientiousness and the valid provisions of the Law on Real Rights of Republika Srpska for a part of the facility to pass into the possession of PUC ‘Toplane’ without any legal basis. In this way, probably due to the provisions of the Department of Urbanism of the Municipality of Istočna Ilidža, all tenants were damaged as the boiler rooms illegally passed into the possession of PUC Toplane, ie the part of the building that serves regular use of the building and must be registered as co-owned by tenants and must be registered as a co-owner of the tenant in the land registry records. Tenants who financed the purchase of apartments and the construction of the boiler room had to give consent for the transfer of possession and ownership of the boiler room to PUC ‘Toplane’, which is not the case here, and the investor, when concluding the contract on the purchase of the apartment, regulates the issue of ownership of the boiler room with the contract”, says lawyer Tešić, noting that the acquisition of PUC Toplane over someone else’s property is obvious without a legal basis, and as such it is subject to rebuttal by a lawsuit before the competent court.

It would not be the first time that the company “NPL Project” owned by Siniša Lubura is in a dispute. Due to construction on the entity line, the Ministry of Physical Planning, Construction and Ecology of Republika Srpska in October 2020 accepted the complaint of the tenants of the building in Gandijeva Street in Sarajevo’s Dobrinja IV and annulled the decision of the Department of Physical Planning and Housing of Istočna Ilidža about the construction of buildings.

Even then, the tenant’s lawyer Nihad Suljević for Radio Slobodna Evropa claimed that the building permit was signed by the mayor Marinko Božović, instead of the head of the department for physical planning of the Municipality of Istočna Ilidža, which obviously indicates a link between the investor and the mayor.

The buildings are not intended for electric heating

Against the will of the citizens, 90% of whom signed against the decision to hand over the boiler room for use to heating plants, the municipality and PUC “Toplane” led by director Dragan Janković decided to persist in their intention, although this could lead to problems. 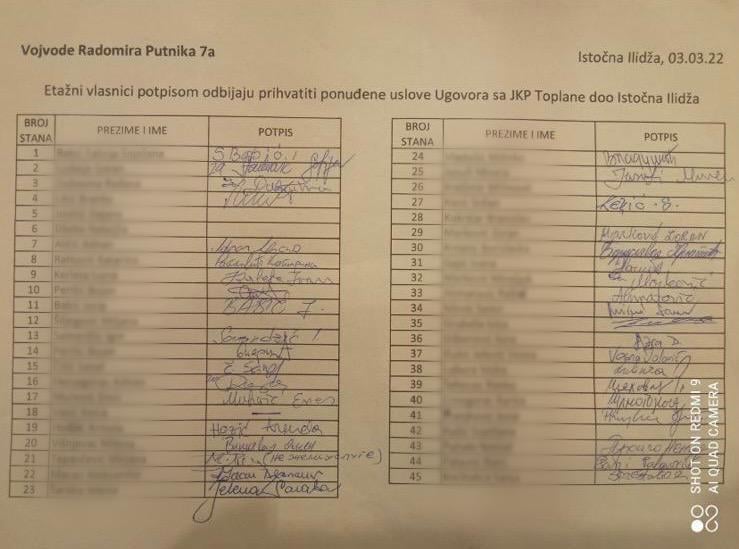 Namely, in the event that the situation arises where apartments being to be massively heated using electricity, tenants are warned that the building, per original plan, is means to be heated using the boiler room,and that the installations and fuses are not adapted to that, which would cause fuses to pop out and other problems related to electrical installations.

We also sent questions related to this case to the mayor of Istočna Ilidža, Marinko Božović, and forwarded them to his cabinet, and despite constant promises that “the answer will come soon”, the answer has not yet arrived. As soon as we receive an official explanation from the municipality, we will publish it.

In addition, the question arises as to the justification of founding companies in the area of this municipality, since, due to the impossibility of management because in question is another political set in the neighbouring municipality (SNSD), the people of Ilidža founded their own companies and institutions. Although most of them have nothing but acting directors, or are only now getting work premises, these companies are important as a generator of party employment.