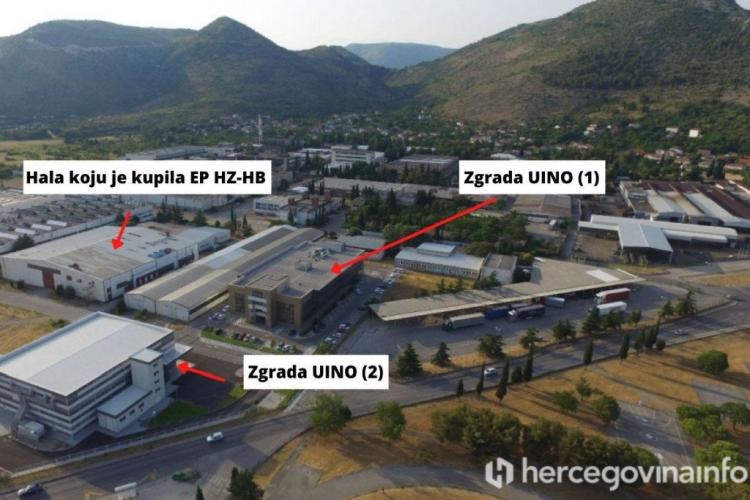 Although Mostar's 'Soko' has long since closed its production doors even to this day it is making good money from the sale of its assets, and the assets of the company that once employed 8,000 workers (including plants in Čitluk, Grude, Ljubuški and Nevesinje). In the small privatization of Soko by 2003, 19 people bought 33 per cent of the company with the obligation to hire 138 new workers and invest about 800,000 euros, which never happened. The second wing and both legs, which ended it, Soko lost in major privatization three years later, when the remaining 67 per cent of the capital of the "Soko" military unit was sold.

The majority shareholder of the stumbled industry is Ante Vidačak’s company Promark d.o.o, extremely close to HDZ BiH, a party whose president Dragan Čović was the head of Soko. Promark, which regularly receives jobs from HDZ directors, has been increasing its stake in Soko Aviation for years.
Today, according to the stock market, he owns 44 per cent of the total number of Soko issued shares, and it seems that his core business is the sale of the property to state-owned companies.

At least three directors of public companies bought the former Soko property, now owned by Elektroprivreda HZ HB, headed by director Marinko Gilja, Elektroprijenos, led by Matan Žarić, and the Direct and Indirect Taxation Authority, headed by Miro Đakul. It is hard to believe that the property of the former Soko caught the eye of all of them by chance.Matan Žarić (Elektropreprenos BiH - HDZ BiH) announced a tender for the purchase of land in Rodoč in 2015.

In the public invitation, he is looking for a parcel of 4,000 square meters, it must be in a narrower area of the City, it must be located along the main road on at least the whole of one side!? It must also have the possibility of building a multi-storey building G1+P+3. It could be said that they already know which land they are buying. In the new 2022, the land lies unused, because the possibility of construction at the time of purchase is questionable, but more on that later. 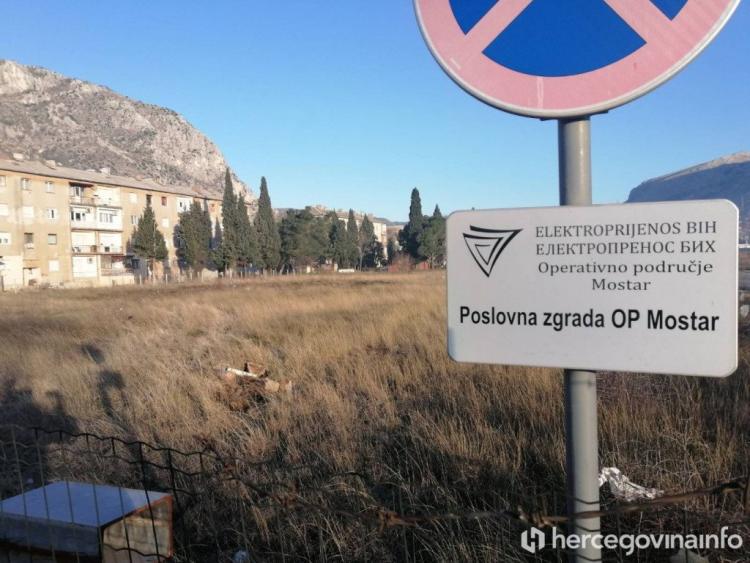 Apart from Elektroprijenos and Matan Žarić, Soko aviation, to which the majority owner, Ante Vidačak’s company, sold land and halls to other HDZ directors. One of the abandoned Soko halls was sold to the Stanić group, for the Stanić group to sell them to Elektroprivreda HZ HB. Directly or indirectly, Soko's property ends up as the property of public companies, which redirects public money to the desired flows. “In accordance with the needs and business plan of JP EP HZ HB d.d. Mostar, after the public announcement through auction, it bought the space from the company 'Boreas' d.o.o. Kreševo. Based on the assessment of a construction expert, 2.4 million KM was paid for the space, and it will be used for the needs of storage of goods, materials and equipment of the People", confirmed for our portal Marija Buntić, from the corporate communications sector of Elektroprivreda HZ HB, she was asked if it was true that EP HZ HB bought the hall from Stanić (former Soko), how much she paid for it, and what it would be used for.

This space does not really serve the electric power industry for anything yet. The doors of the hall they bought next to Stanić, and Stanić from Soko, are closed and are padlocked. Thefirst neighbour of Elektroprivreda's empty hall is the Directorate for Direct and Indirect Taxation, and HDZ directors Marinko Gilja and Miro Džakula are practical neighbours to the former Soko. Džakula, like Gilja, occupied land on the site of the former Soko aviation, on one is the
regional Mostar centre of the Directorate for Direct and Indirect Taxation, and across the street is also their building. 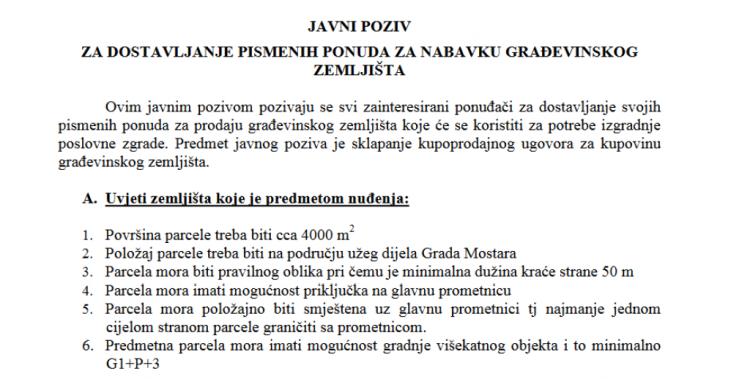 We sent inquiries to Elektroprijenos, Promark and the Directorate for Direct and Indirect Taxation regarding the purchase and sale of the former Soko land. Elektroprijenos claims that nothing has been set up.

It is interesting that at the same time as Elektroprijenos buys land from Soko aviation, its majority shareholder Promark is building the Elektroprijenos building in Raštani. But Elektroprijenos is adamant that there was no pre-tendering. "The criteria for selecting the bid for the public call was the lowest unit price of 1 square meter of land expressed in KM (price 70 per cent) and the suitability of the location for the construction of a business facility 30 per cent (total plot area, plot position, plot shape, proximity to communal infrastructure, relief, urban construction conditions, etc). All bids received except the selected bidder (two more have arrived) were significantly more expensive per square meter than the selected bidder ", concludes Mirković, adding that the complete tender procedure is available on their website. Although, the conditions of construction, which they mention as one of the criteria, at the time of purchase are questionable. Elektroprijenos in Rodoč plans to build a company building, ie a business facility, but in that part of the city there is no regulatory plan yet, so it cannot get the necessary permits. Therefore, the possibility of construction from a public call is questionable, which at the time of buying the land was only theoretical, or not? In the time vacuum of the non-existence of the city government and the non-adoption of new plans, the City of Mostar was plagued by the Commission for Expert Assessment, which would stop the SDA and HDZ when they are building where they are not allowed to. 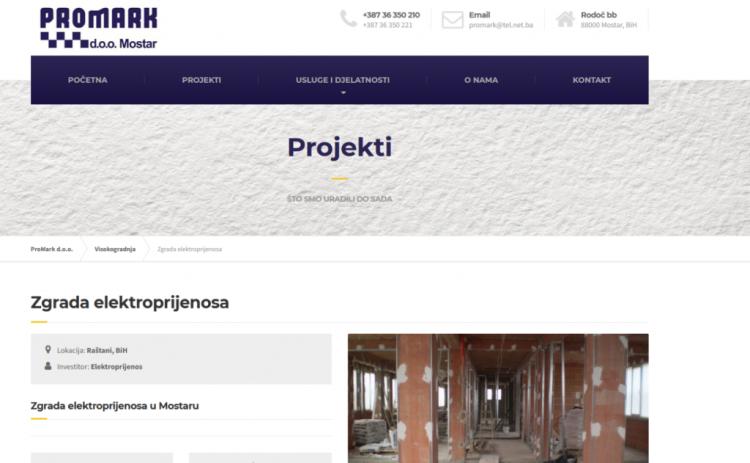 On July 3 last year, the Commission gave an expert assessment that Elektroprijenos can build here. The opinion is signed by President Zijad Hadžiomerović (SDA). The report on the work of that Commission did not receive support from GV Mostar. The third director who bought Soko land, and placed the regional centre there, remains silent to our enquires.How much did the Directorate for Direct and Indirect Taxation pay for the land in Rodoč to the company Soko aviation (Promark is the majority shareholder), how many square meters are in question and whether there were more favourable options and more attractive locations. We asked them on Monday whether the choice of land and location was influenced by party relations and to what extent. "You will receive the requested information tomorrow," they confirmed the same day. Tomorrow was Tuesday, and there is no answer. 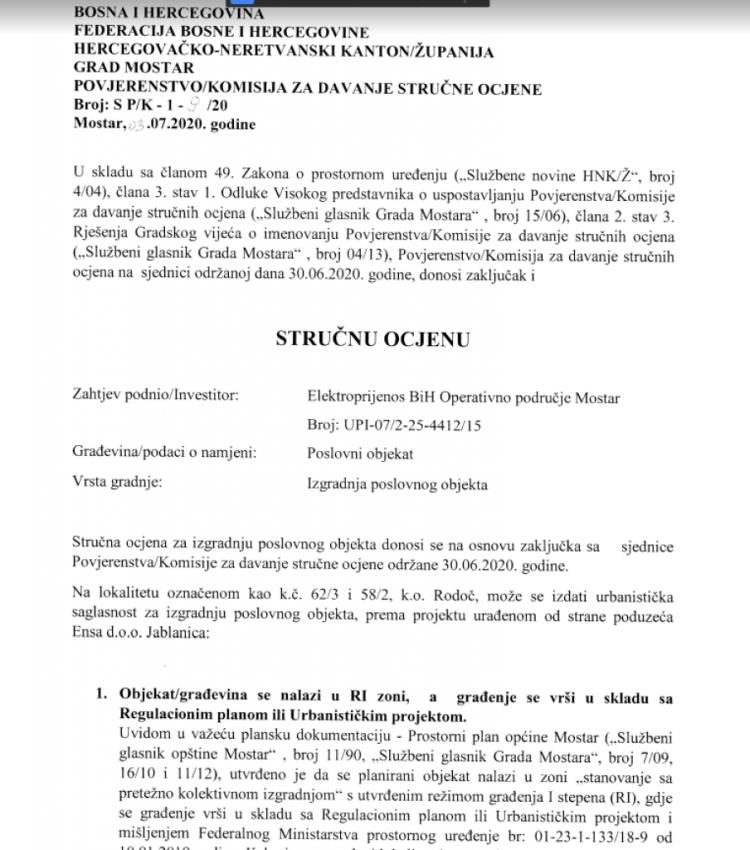